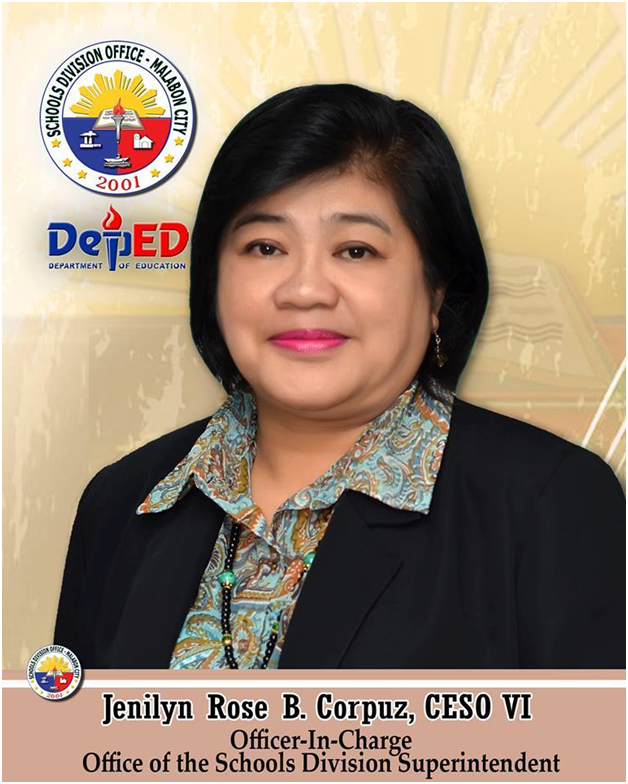 The Department of Education - Division of Malabon City is set to conquer new heights as they welcome the new officer-in-charge of the Office of the Schools Division Superintendent in the person of Dr. Jenilyn Rose Corpuz, CESO VI on January 8, 2016.

Known as a technology-savvy leader, Dr. Corpuz is a passer of several prestigious examinations including the Educational Management Test in 2010, and also became a Career Executive Officer Eligible in 2009.

A seasoned educator and public servant, she served as a secondary school teacher for nine years. She rose through the ranks and became a head teacher for ten years, and a secondary school principal from 2001 to 2012, after which she served as an acting assistant schools division superintendent, and eventually the OIC schools division superintendent of San Juan City in January of 2015.

The new superintendent shared that she would continue the various undertakings of her predecessor, Dr. Alejandro Ibañez, CESE.

Officials and personnel also expressed their gratitude to Dr. Ibañez who served the Division Office for one year, and has implemented several programs including research and development. – hrb